This page is dedicated to some of my favourite places and people. Please consider making a visit.

The Westwind Inn is an all-inclusive vacation resort hotel country inn nestled in the Kawartha Lakes District surrounded by nature. (near Peterborough, Ontario, 90 minutes from Toronto) Our amenities include tastefully decorated rooms with scenic views and prices at competitive rates, casual country dining,  manicured lawns with lovely gardens, and 1/4 mile of picturesque lakefront.

In addition, adjacent are 1000’s of acres of  Kawartha Highlands Provincial Park, crown preserved lands, and breathtaking nature for your relaxation and enjoyment. Plenty of trails to explore and lots of activities you can do.   We are closer than Muskoka, are surrounded by natural beauty, and are much less crowded.
We are primarily an adult resort,  mostly couples, but singles and seniors love it here also and feel welcome and at home.

Discover More About The Westwind Inn

The Case For Wine

The Case For Wine has been importing quality artisanal wine for over 20 years. Founded in 1998,  The Case For Wine sells its products through an assortment of channels including LCBO Vintages, LCBO General Products, the Consignment channel, and to private collectors.

In 2017 The Case For Wine was purchased by  Ruben Elmer and Roberto Albis.

Discover More About The Case For Wine

Tony Aspler has been writing about wine since 1975 and has been wine columnist for The Toronto Star for 22 years. He is the author of 16 wine books, including The Wine Atlas of Canada, and three wine murder mystery novels: Blood Is Thicker than Beaujolais, The Beast of Barbaresco, and Death on the Douro. In 2001, Aspler co-founded the charity Grapes for Humanity to raise money through the wine community for victims of landmines and children with disabilities. In 2007 Aspler was awarded the Order of Canada and in 2012 he was elected to the New York Media Wine Writers Hall of Fame. 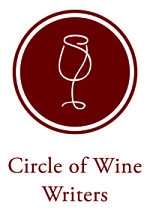